The most effective way that we as band directors have to communicate with our band members, especially when performing, is through our conducting. Here are some strategies to help encourage students to look up. 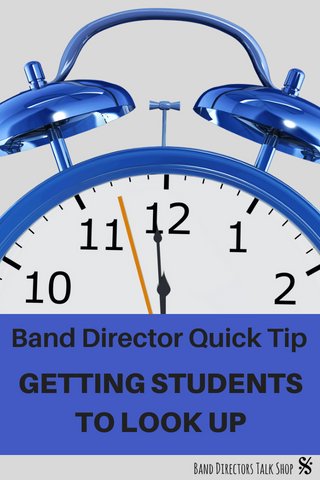 Hold Up Fingers
While conducting through a passage, hold up a random number for a few measures with your left hand. When you come to a stopping point, ask the students to close their eyes and then show you with the fingers which number you held up. Once the band has caught on and the majority of the kids are giving the correct answer (usually after the second or third time of trying this exercise), hold up two numbers during a phrase or passage and ask them to show you the first and then the second number (many hands will likely go down when you ask for the second number, at least initially).

The Watching Game
Inform band members that as you are conducting, you will pick different students in the ensemble. If the chosen student looks up at you within one measure’s worth of music, then you will continue, moving on to another band member. If the chosen one does not look up, then you will stop and go back to the beginning of the passage. The object, of course, is to not have to stop. If you want to raise the “level of concern,” you can say the student’s name if you catch someone not looking up.

Hold Them Accountable
In a perfect world, not only do we want the students to look up, we also want them to respond to what they see. Early in the year, train band members to react to your gestures by stopping and pointing out when they do not. If we want students to respond to conducting, we have to teach them how to respond and make sure that there is a level of expectation to do so.

To read more about communicating effectively with your band from the podium, read It All Comes Down to Communication, also by Jim Shaw.

Previous Post: « Band Director Jobs (Nationwide!)
Next Post: How to Have a ‘Student Led Band Class’ When You Have a Substitute »

Band Directors Talk Shop is all about helping you be a better band director so your students can be better musicians.  It is a collaborative effort of band directors, former band directors, private lesson teachers and fine arts administrators. Learn.  Posts will strive to teach you something you can use in your classroom today. ... END_OF_DOCUMENT_TOKEN_TO_BE_REPLACED 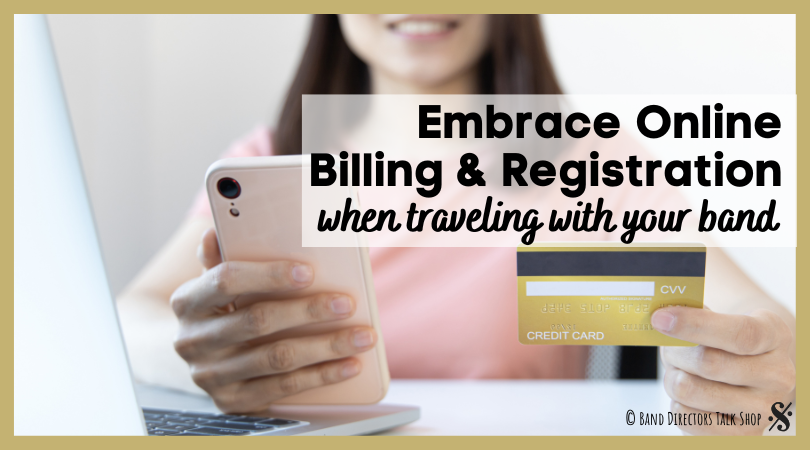