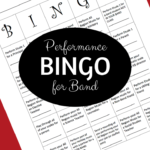 Audition music.  Like it or LOVE it, the individual accountability and preparation of this stuff helps mold our little musicians into better versions of themselves.

As band directors, we spend hours meticulously picking at kids as they embark on their journeys to learn their audition music at a very high level.  We set up plans for attack, and we harp on them about paying attention to the details, practicing until they “never get it wrong”, and using a metronome.  We give them the tools they need to be successful musically, only to have their (and let’s face it, our) blood, sweat and tears often times thwarted by the sweat and tears of performance anxiety.

According to the internet, the number one fear of humans is public speaking.  For our kids, performing in front of real live people is a super scary experience. So in addition to preparing them musically, it is our job to find ways to prepare them mentally.

A silly and engaging way to “trick” our kids into practicing performing as much as they’ve practiced their music. 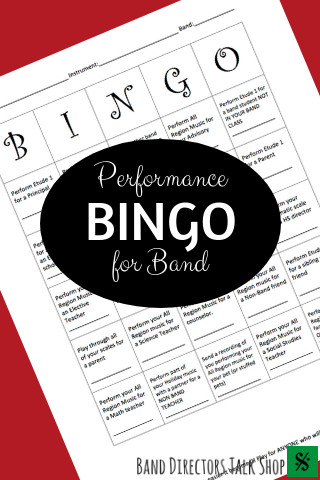 The rules are simple.  You have one week to get as many signatures on your bingo card as possible.  A regular “BINGO” earns a soda or candy bar and a “BLACKOUT” earns your choice of lunch.  (Disclaimer: Rewards can always be changed, but I have found that teenagers will do almost anything for free food.)

Interested in Performance Bingo?  Please take this card and make it your own. 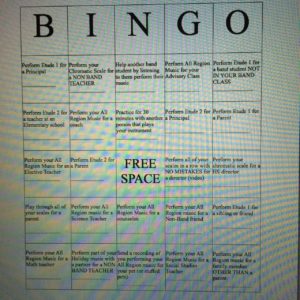 Meghann Zenteno is the Band Director at Lake Highlands Junior High School, a part of the Richardson Independent School District.  She is a graduate of West Texas A&M University and is currently in her 9th year of teaching.

Band Directors Talk Shop is all about helping you be a better band director so your students can be better musicians.  It is a collaborative effort of band directors, former band directors, private lesson teachers and fine arts administrators. Learn.  Posts will strive to teach you something you can use in your classroom today. ... END_OF_DOCUMENT_TOKEN_TO_BE_REPLACED 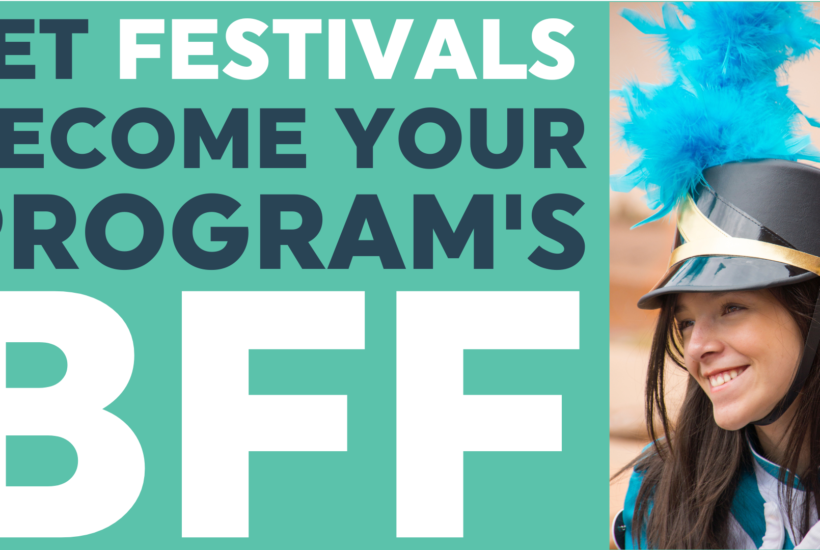 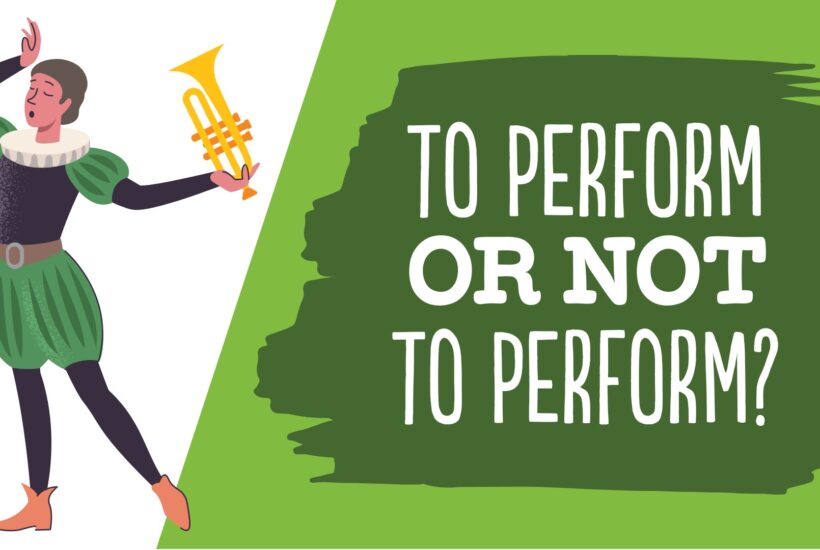