Choosing a great destination for your performance group is a huge part of planning a successful trip. It has to be exciting enough for students to want to go but also have enriching performance opportunities to help them grow as musicians. With all that in mind, here are our top 3 destinations for performance groups for 2023: 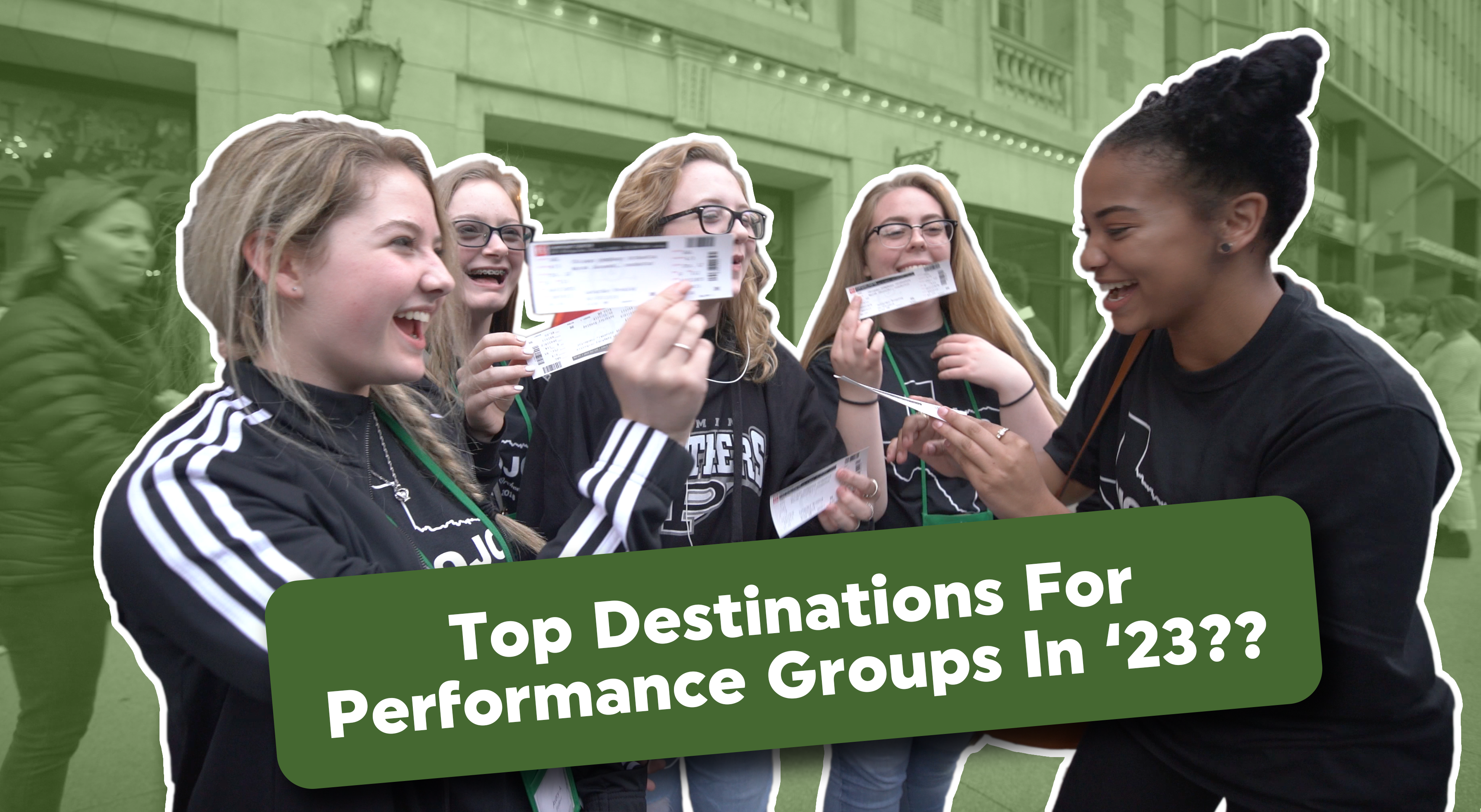 Chicago is the best city that performance groups forget about. Not only is it a gorgeous waterfront metropolis, but it’s also a cultural epicenter. It’s home to the Chicago Symphony Orchestra, a collection of some of the most prestigious musicians in the entire world. Performance groups revel in the opportunity to watch them play live in their downtown theater hall and participate in their group workshops where students can learn from actual orchestra members face-to-face. 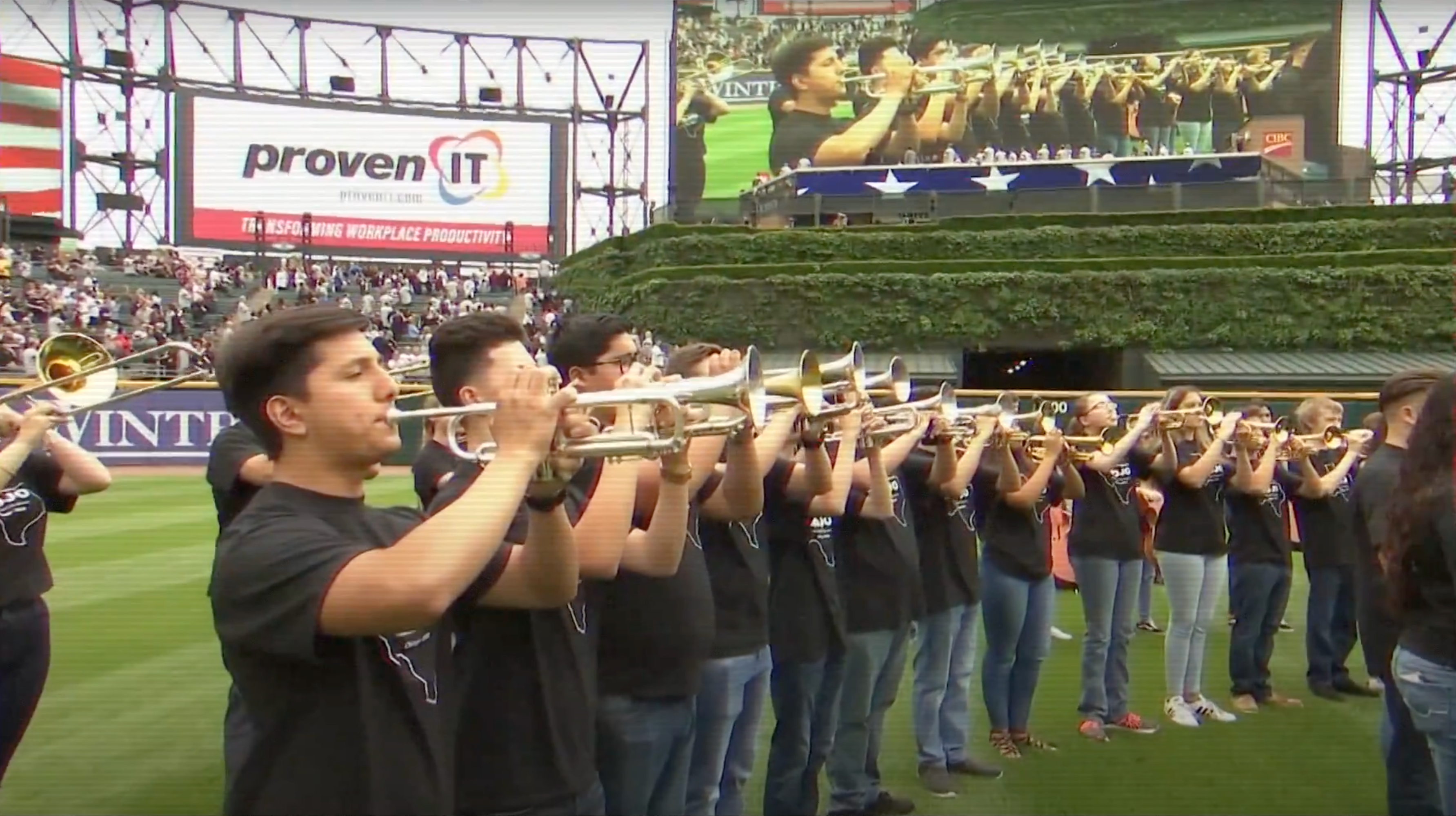 Chicago is also home to quite a few professional sports franchises. That’s why performance groups love the life-changing experience of performing the national anthem for the crowds of one of Chicago’s pro sports teams. Few experiences in life are more exhilarating than rocking the national anthem to the thunderous applause of thousands of sports fans.

Branson might be one of the best-kept secrets in all of student group travel. Most importantly, Branson loves to earn its title, “The Live Entertainment Capital Of The World,” by providing as many performance opportunities for your group as they do world-class shows. Music is literally everywhere in Branson, so it’s no surprise that almost anywhere can be a stage for your group.

One of our favorites is at The Landing: a gigantic promenade on the banks of the White River across from Branson’s charming downtown district. The center of the Landing has an epic fire and water show that dazzles guests throughout the day, but the area can also be used by performance groups to put on the performance of a lifetime for everyone in attendance. 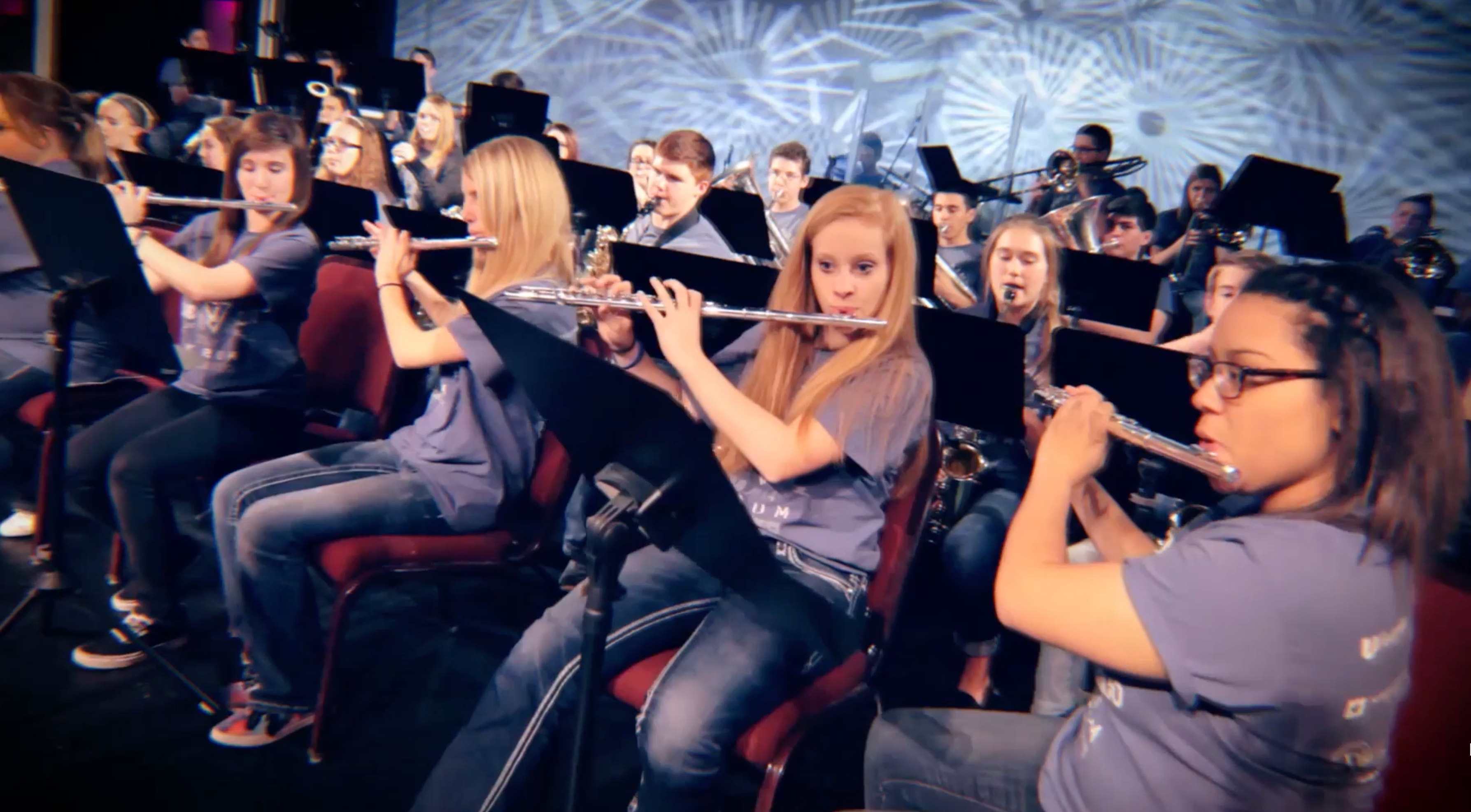 Of course, Branson is all about the live shows. Staples like The Haygoods, Six, and Reza: Edge of Illusion are world-class productions that play to big crowds almost every night of the week. But what’s most exciting is each of those shows will normally coordinate with performance groups to play as an opening act. That means your group could play in a professional venue with pro-grade lights, sound, and acoustics and have the opportunity to play for a theater full of passionate music-loving patrons.

New York City is still the undisputed champion. The lights of Broadway are back on, and the city is once again alive with the energy that gives every young musician dreams of making it big one day.

New York City truly has it all: Groups can perform on the deck of the USS Intrepid. Certain ensembles can perform on the storied stages of Carnegie Hall and the Lincoln Center or in the hallowed chambers of St. Patrick’s Cathedral or the Cathedral Church of St. John The Divine. Groups can even entertain Manhattanites in the Madison Avenue Atrium or in Central Park.

The possibilities are almost endless. That said, two things in New York City tend to have the biggest impact on young performers, and unsurprisingly, they both center around Broadway musicals.

First is the Broadway Cares initiative. This is where groups who see a Broadway show can stay after to speak with one of the performers or pit musicians in a talk-back session. It can be incredibly inspirational for students to speak to someone face-to-face about what it takes to make it to Broadway. 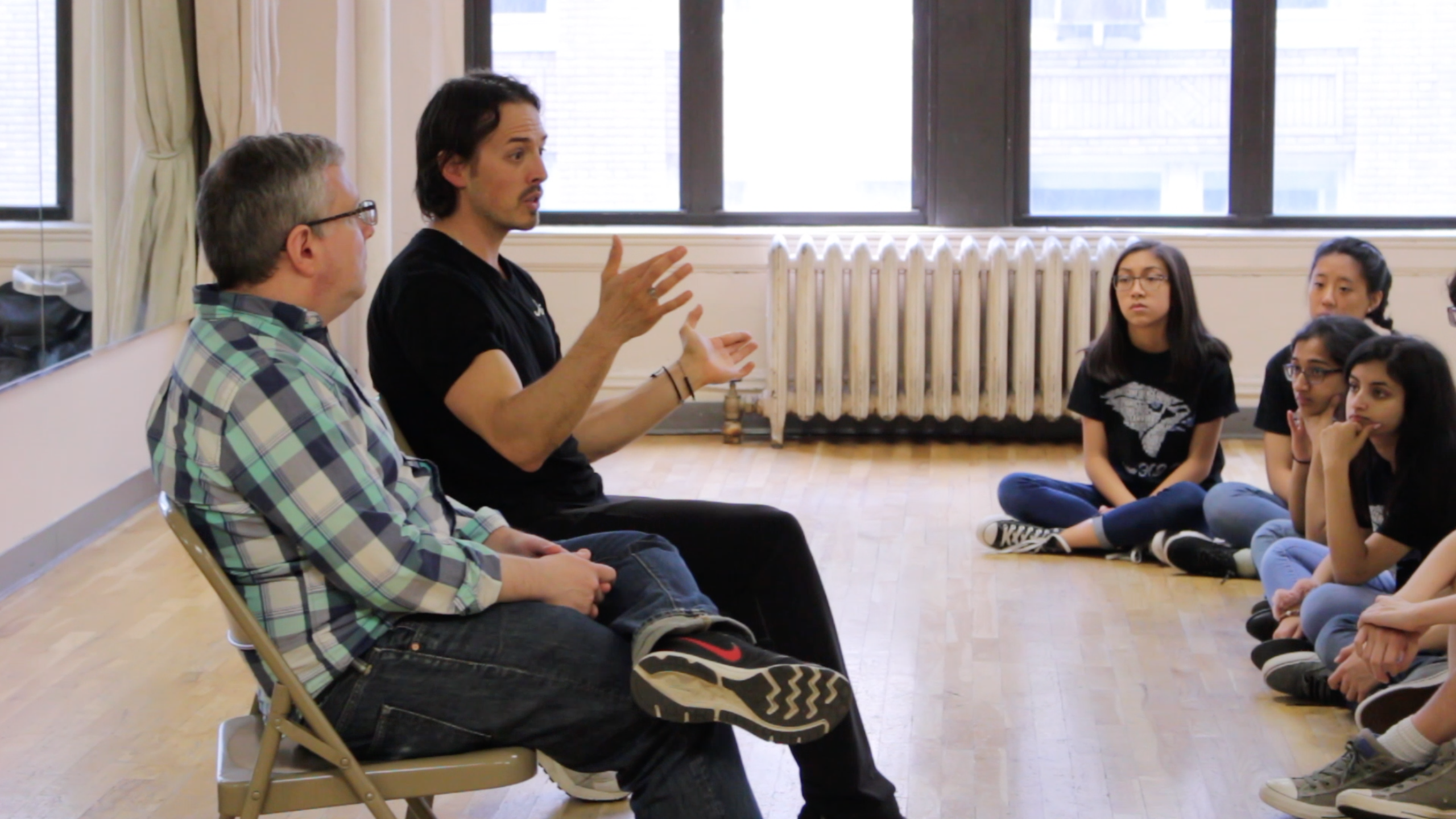 Next is the Broadway In The Classroom workshops. This is where groups learn the music or dance steps from a Broadway musical taught by a performer in the actual show. For added impact, it’s always best if the group can see the show after they learn the number so they can see and hear their clinician performing it live. Each of these sessions ends with a Q & A as well so students can learn all about their clinician’s journey to Broadway.

It’s not too late to plan a trip for 2023! Consider these three or a multitude of other destinations to excite and enrich your performance groups in the upcoming year. Either way, Green Light loves to see groups traveling, performing, and reaching their goals, and we’re happy to assist in that process however possible.

Green Light Group Tours is providing this FREE  download of tried-and-true tips and suggestions for creating the best travel experience ever! Instant download available HERE. Ready to request a quote for your next band trip? You can do that HERE.

Special thanks to our business partners Green Light Group Tours and Erik Young for this article. Green Light specializes in exciting and educational travel experiences for your students.

Band Directors Talk Shop is all about helping you be a better band director so your students can be better musicians.  It is a collaborative effort of band directors, former band directors, private lesson teachers and fine arts administrators. Learn.  Posts will strive to teach you something you can use in your classroom today. ... END_OF_DOCUMENT_TOKEN_TO_BE_REPLACED